Team collaboration and versioning of models

Distributed working as well as versioning of source code has been a widespread practice in source code engineering for several years. But how can this practice be used in Model-Based Systems Engineering (MBSE)? LieberLieber has found a unique solution with LemonTree©.

LemonTree allows you to work with project files from Enterprise Architect in the same way as you are used to working with the version management of source code files. Through the seamless integration in Subversion, Git, PTC or other version control systems, you can now also use all advantages in MBSE, such as branches, tagging & release management.

Due to the so-called “optimistic approach” you are able to edit models in parallel. If LemonTree detects a conflict, you can compare and merge the different model versions. In doing so, the changes are not only presented in an understandable way (diagrams and element properties), but you also get a preview of the merging.

For the optimal cooperation of distributed development teams and the versioning of models, we offer training courses in which you get to know different version management tools as well as the best possible handling of LemonTree© for your purposes. In addition, you will learn more about the approach to platform and product development using model components, with which you maintain versions and variants of submodels.

In this training you will learn how to perform version management, continuous integration and change or release management – using Enterprise Architect models. The training optimally prepares you for the use of LemonTree© in order to apply the familiar configuration management process with your models. You will learn how to use LemonTree© with a version control system of your choice, for example, to carry out comparisons, merges and reviews of models.

Git Versioning, Issue and Change Management according to GitFlow

In this course you will learn everything about the version management system Git. Starting with the basics of version control, you will learn step by step about the mechanisms of Git, such as branching, merging, tagging, etc. In addition to the use of the version control system, you will be introduced to a possible workflow for working with Git, which has proven itself in practical use in product development at LieberLieber: GitFlow. The training can be excellently combined with the contents of the training “Versioning Enterprise Architect Models with LemonTree©”. By using LemonTree© you will be able to use GitFlow with Enterprise Architect models.

This course introduces you to an approach where you use Enterprise Architect models to perform platform and product development. A model is no longer considered as a whole, but you define individual model components. These are versioned, compared and merged with LemonTree©. You will also learn what model dependencies are and how to deal with them. Therefore you will get to know more about basic concepts of model traceability and means for the analysis and creation of traceability in your model. 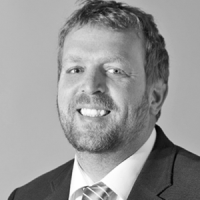