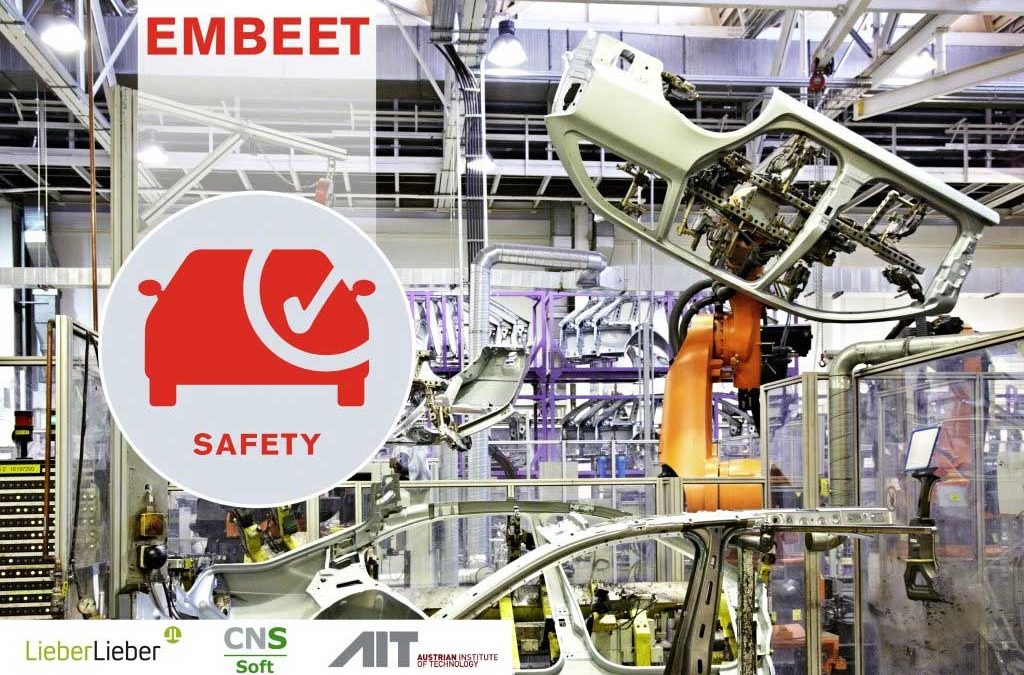 Following smaller precursor projects, a consortium headed by LieberLieber has now started to develop a cost-saving modeling and testing environment for safety-critical software systems as part of a EUROSTARS project. The intention is to develop a modeling environment within two years which will reduce the maintenance costs of critical systems by up to 50 percent.

In the age of Industry 4.0 and the Internet of Things (IoT), embedded software and systems are becoming increasingly relevant due to their propensity for constantly opening up new areas of application. Where simple mechanical or IT systems have sufficed to date, increased networking is now making embedded control systems increasingly indispensable. In view of these developments, the focus is turning to modern approaches such as model-based software and systems engineering in order to cope with rapidly-growing system complexity. Improving existing development solutions is particularly relevant, especially in the field of safety critical systems which are often vital to human life.

Against this backdrop LieberLieber will coordinate the EUROSTARS project EMBEET (Environment for Model-Based Embedded Systems Engineering and Testing), part of the transnational Eurostar-2 call, over the next two years. Along with project partners AIT (Austrian Institute of Technology) and CNS Soft of Slovakia, LieberLieber will develop a modeling and testing environment for safety-critical software systems deployed in the automotive and aerospace industries, for example. Advanced model-based software and systems engineering should reduce the development and maintenance costs of safety-critical systems by up to 50 percent over their service life. The project will also raise system quality, for example by developing state-of-the-art tools for modeling, automating test-case generation and precise documentation.

“The majority of recalls in the automotive industry are already the result of malfunctions in safety-critical electronic systems. These errors often originate in the software and put human lives at risk. That’s why every means available must be used to avoid them. We want our project to make an important contribution toward improving the development of safety-critical systems which protect lives and save billions,” elaborates Peter Lieber, founder and owner of LieberLieber Software, on the aim of the project.

“Our modern networked systems are making society increasingly dependent and vulnerable, creating the need for new methods and tools to develop these digital systems. AIT plays a leading international role in this area of research and has established key technology expertise in Austria. This allows us to work with partners to build highly reliable IoT components for the Industry 4.0 environment and tomorrow’s autonomous vehicles,” explains Helmut Leopold, Head of the Center for Digital Safety & Security at AIT.

EMBEET: Simplifying the transition to modeling
All three partners in the EMBEET consortium have excellent knowledge and experience in model-based software and systems engineering, and have already worked together on various projects. “The joint projects with LieberLieber are certainly ambitious as they always extract the greatest possible potential offered by model-based development. This also increases our expertise in this promising area, and we are already looking forward to the interesting tasks and challenges that will come with EMBEET,” says Thomas Berndorfer, Managing Director of Slovak company CNS Soft.

The partners’ stated goal is to win over those developers who currently work with traditional software development methods, convincing them of the benefits of the new approach. This will primarily be achieved by incorporating the latest technologies offered by traditional development environments into the new, integrated and model-based development environment (IMDE). This simultaneously integrates development, test runs and debugging at the model level. “We want to keep entry barriers to the new system as low as possible in order to convince as many developers as possible of the advantages of the method. We are effectively building a stable bridge for the transition to model-based development by adopting the advantages of conventional systems, and integrating and merging them with the opportunities offered by modeling,” concludes Lieber.

More about EMBEET:
About CNS Soft
CNS Soft specialises in developing customised software applications, both for client-server and internet/intranet environments. The experienced international team provides solutions in compliance with the highest standards. The company is a Microsoft partner with four gold and three silver competencies. CNS Soft aims to achieve stable and mutually-beneficial partnerships with its customers based on mutual respect. For more information see www.cns-s.eu
About AIT
The AIT Center for Digital Safety & Security develops modern information and communication technologies (ICT) and systems in order to establish secure and reliable critical infrastructure in the context of comprehensive global networking and digitalisation. The key research areas include cyber-security for industrial control systems (ICS), cyber-physical systems (CPS) and the Internet of Things (IoT), as well as highly-secure and highly-available software and systems. For more information see www.ait.ac.at/dss.