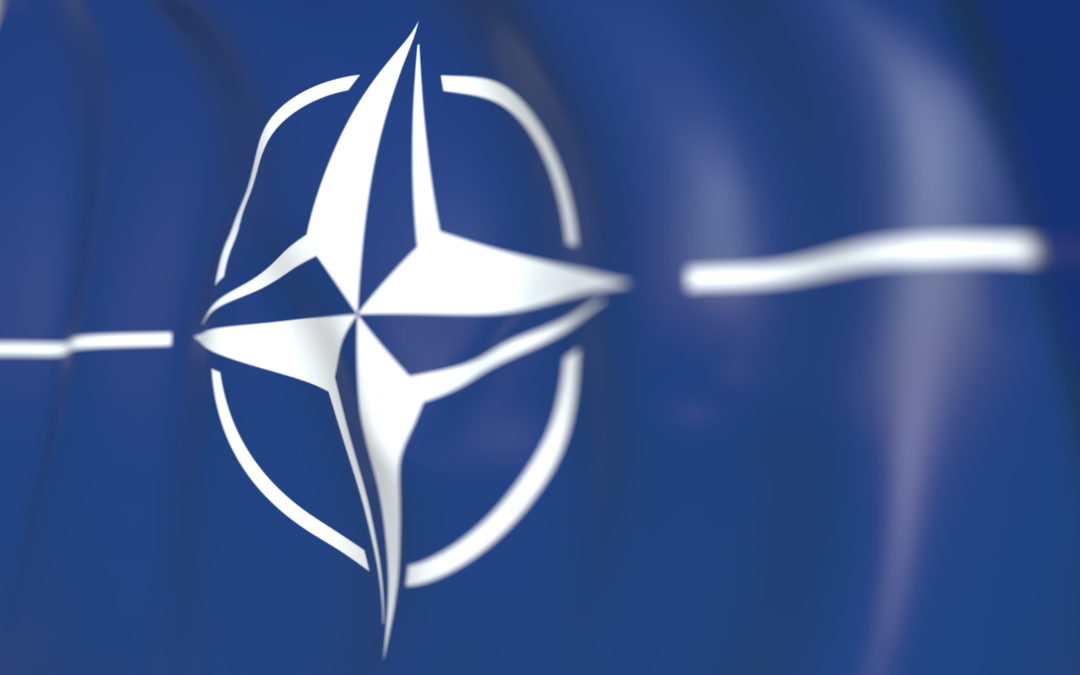 With the aim of modernising its business and IT landscape, NATO is relying on the recently introduced NAFv4 framework. The German Bundeswehr and the Swiss Army have chosen Enterprise Architect (Sparx Systems) as their standard modelling tool to use this framework with the UAF Metamodel. Recently, LieberLieber LemonTree has also been examined in studies on architectural tools with positive results.

While many companies are still hesitating to take the step into the digital age by building an Enterprise Architecture, NATO is already using the 4th version of the NATO Architecture Framework (NAFv4) for this purpose. The framework was designed in such a way that it can be extended by NATO member states and partners according to their own requirements. Germany and Switzerland, for example, take advantage of this possibility. They employ Enterprise Architect as the standard modelling tool for the use of the framework with the UAF meta model, as this tool is also widely used in other NATO states or NATO partners and in industry.

Christian Freihoff from the German Bundeswehr and Beat Lang from the Swiss Army are intensively involved in NAFv4 at NATO level and are responsible for national extensions: “The NAFv4 profile we developed for Enterprise Architect is available free of charge to all interested parties to promote the dissemination and compatibility of UAF-based NAFv4 architectures”.

In addition, LieberLieber’s LemonTree was also recently given a positive assessment in studies on architectural tools.

We are constantly working on the further development of our architectural tool landscape. To evaluate LemonTree, we have purchased a number of licences and have found that this tool provides us with significant added value

Christian Freihoff and Beat Lang have used the MDG capabilities of Enterprise Architect in an exemplary manner for the development of NAFv4. In the next step, LieberLieber`s LemonTree has also been positively evaluated and can hopefully contribute to the even better use and further development of this comprehensive framework. As NAFv4 is available free of charge to all interested parties, we wish you success in its distribution

International standards covered
NAFv4 is now fully compatible with international architecture standards from ISO/IEC/IEEE, The Open Group and OMG. Instead of a proprietary metamodel as in the previous version, it was decided to adapt the existing and widespread metamodels ArchiMate (The Open Group) and UAF (OMG). The NAFv4 MDG developed by Germany and Switzerland implements the UAF DMM of the OMG. The modelling guidelines for UAF have already been published and those for ArchiMate will be finalised shortly. In addition, the development of an exchange mechanism is also underway.

Scope of NAF was deliberately limited
Since the scope and expressiveness of the Unified Architecture Framework UAF defined by the OMG clearly exceeds the needs of NAF in its current form, the existing domain metamodel and the views that can be created with it were deliberately limited. The UAF contains more than 60 Viewpoints across ten rows and eleven columns, while NAFv4 uses only 47 views across five rows and nine columns. However, the connection between UAF and NAFv4 remains completely intact. This ensures that the UAF architecture views are used efficiently to ensure coherence and completeness while allowing traceability from key objectives to physical resources. 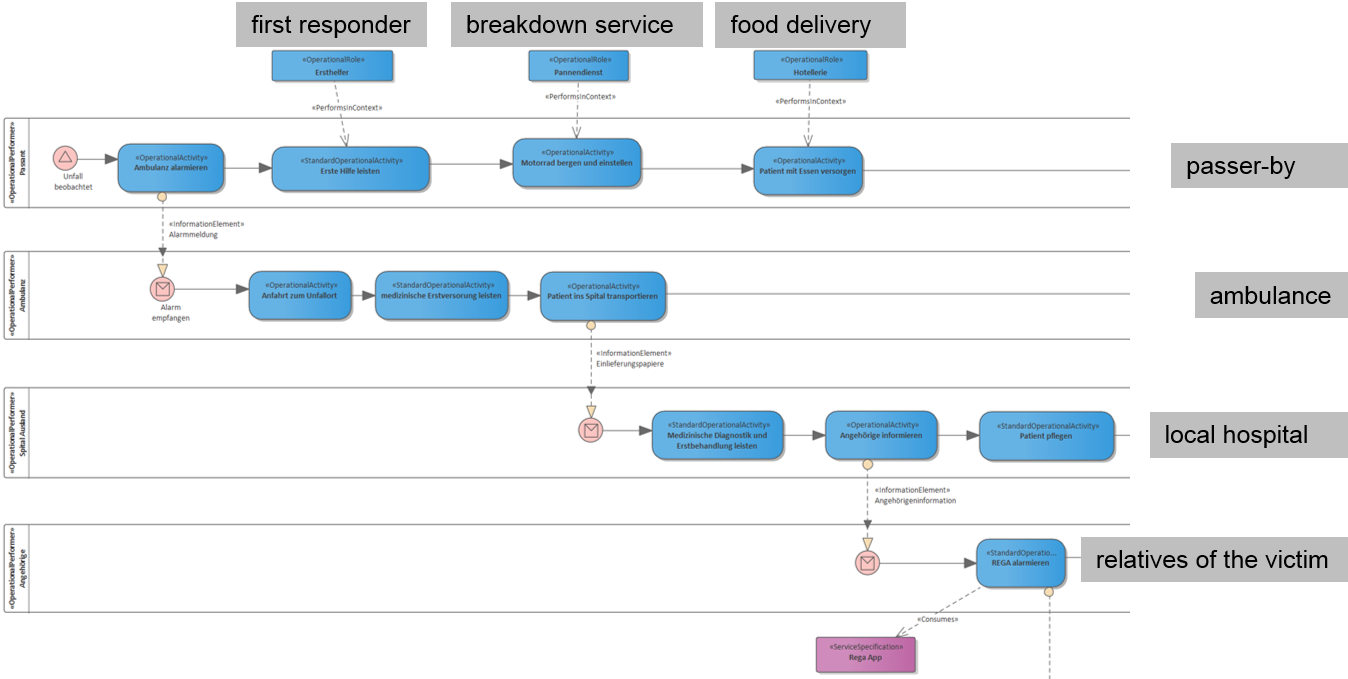 Practical example illustrates how NAFv4 works
To illustrate the processes in NAFv4, Beat Lang has chosen a civilian scenario. The assumption is that after a motorbike accident in Eastern Europe and initial medical treatment in a local hospital, a Swiss holidaymaker is flown back to his home country by the REGA (Swiss Air Rescue) ambulance jet. The selected views differ in logical and service-related specifications. A distinction is made between operational activities that are specific to the scenario and standard activities that are defined in advance. For example, a passer-by who happens to be present by chance can also be integrated into the scenario and take over activities voluntarily and spontaneously.

In our scenario, six of the 47 possible views are selected, which are sufficient to describe the sequence of events. In this way, the cooperation of the various persons and organizations involved is clearly illustrated. 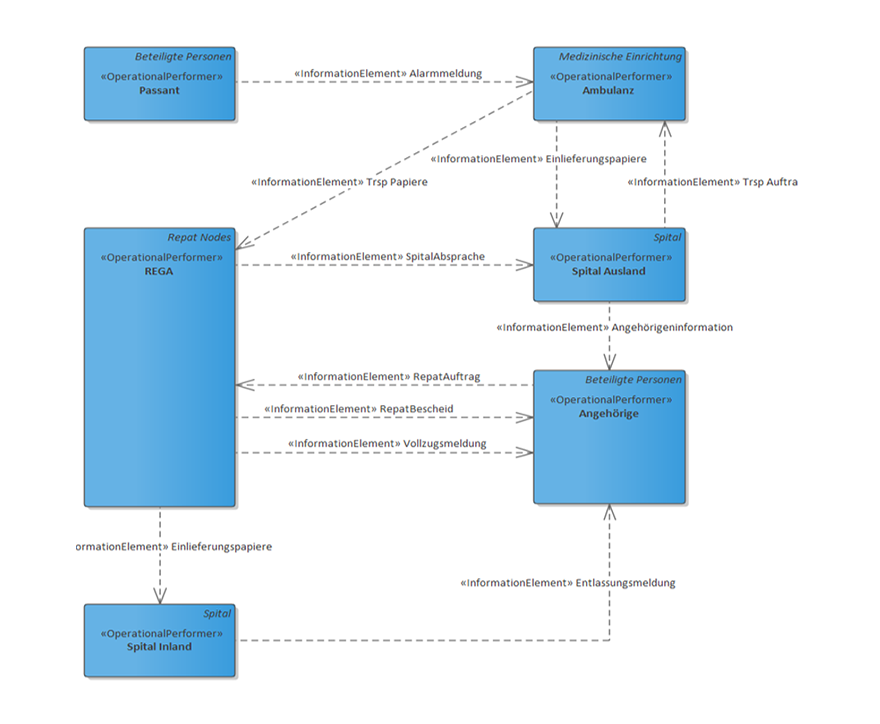 The NAFv4 MDG for SPARX EA in brief

The NATO Architecture Framework is available for download free of charge as well.